Loss of control = loss of value? 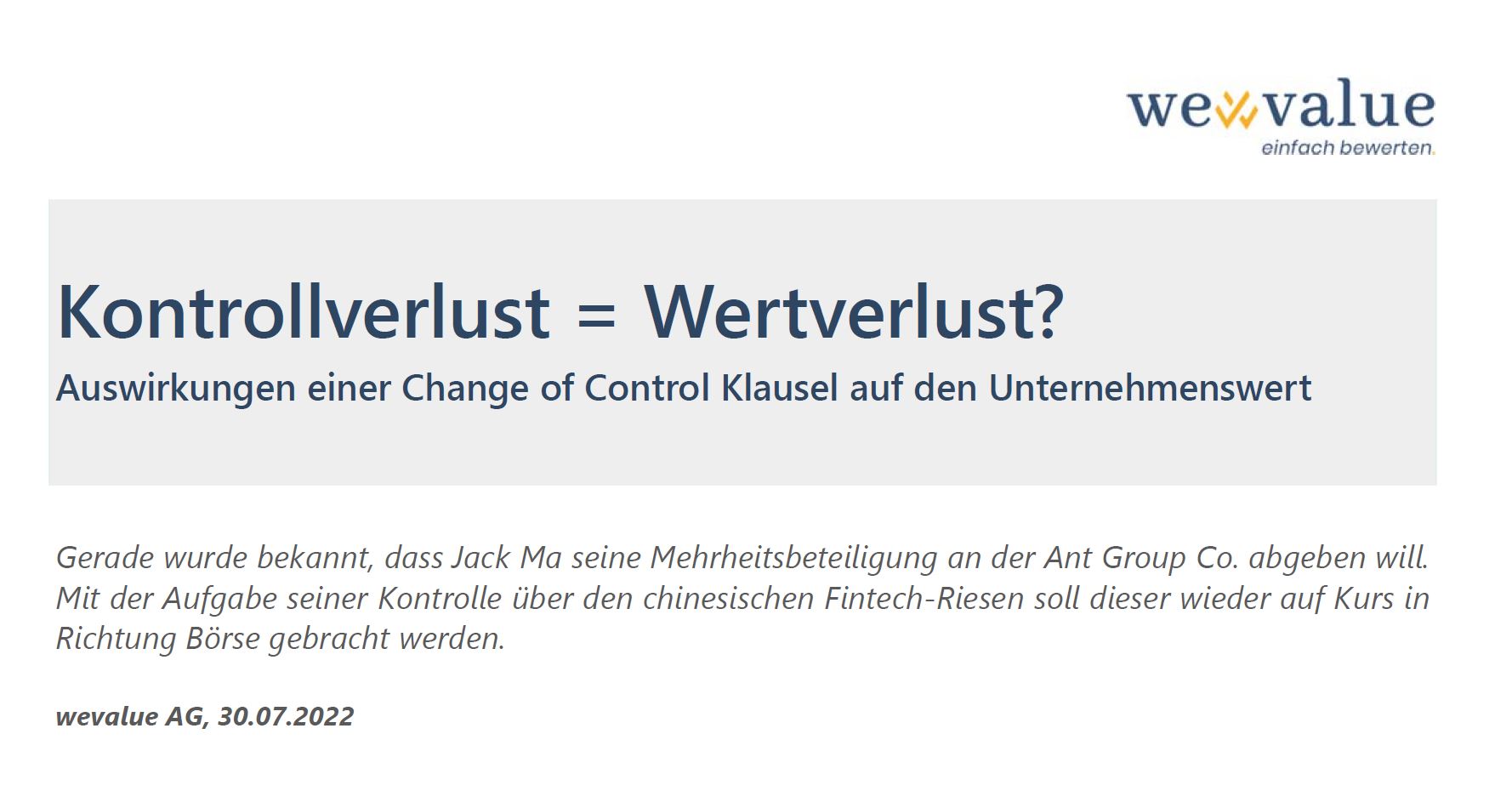 Effects of a change of control clause on enterprise value

It has just been announced that Jack Ma wants to give up his majority stake in Ant Group Co. Giving up his control over the Chinese fintech giant is intended to put it back on course for the stock market.

When majority shareholders exit, this is usually not a good sign. Accordingly, long-term contracts with customers and suppliers in particular provide that they have an extraordinary right of termination in the event of the sale of a majority stake. Such provisions can also be found in employment contracts and then trigger the well-known “golden parachutes” in the event of a sale.

So how do such change of control (CoC) clauses affect the value of a company? The answer seems intuitively obvious. But as is so often the case with business valuations, things get complicated on their own.

First of all, it depends on the valuation task, i.e. the valuation occasion and purpose. In the case of so-called non-dominated valuation occasions, i.e. typically the purchase or sale of companies, the situation is still simple. Here, the possibility of terminations triggered by the change of control should already be recognized in the course of the due diligence. The consequences in terms of value are then taken into account in the planning by means of scenarios and are then reflected in the company value via the adjusted financial surpluses.

It is somewhat more difficult in the case of so-called dominated valuation occasions, i.e. when a company valuation is required for legal reasons, for example in the case of property, inheritance or company law disputes. Of central importance here is the fair market value, which the new Special Notice on Business Valuation defines as “market value” and thus “potential market price” (Special Notice on Business Valuation, para. 15). The calculation of a market value therefore already conceptually assumes a sale of the company and thus – and this is of importance at this point – that the ownership structure is intended to change.

In the cases mentioned, it is about the objectifying calculation of the fair market value, i.e. the simulation of a negotiated solution with a typical market purchaser. The latter would take the possibility of termination into account in his considerations, once in the detailed planning phase but also in his considerations of the residual value.

Whether and what concrete effects this has must then be carefully analyzed. However, the fact that a change of control does not always have to have negative effects is shown by the example of Jack Ma mentioned at the beginning.